Hello from Florida!! No, I don’t need to update this page – this isn’t a post from 2016. But yeah, it’s a lot like 2016 because I went to Marco Island, Florida with Ben. It’s his family’s annual trip, and since I’ve been caged for over a year, I’ve jumped at the chance to get out of California for a week now that I’ve been vaccinated and the world is slowly opening up. (I used to come with him every year before Ben. He recently worked in California and invited me in because I had fun and/or he knew I needed to get out of the house for my mental health.)

It was wild. I went to Walmart without a mask and felt like breaking the rules.

I remember the day the California governor announced my “Safer-At-Home” order in March 2020. I haven’t had a home since I sold my condo in December and was staying at AirBB. (We’ll talk more about this in the next post.)

My point is = I’ve been wearing a mask, socializing, never seeing friends or going to a restaurant, and only leaving my house to run errands for over a year, so I jumped at the chance to do something, anything over and over!

So, last week I went to Marco Island, Florida, and although it was much wetter than my armpits in the long run in July—something about feeling the pandas coming to an end made me feel like I was back. I ran! I ate! I took pictures of my food! Run Eat Repeat is back and it wasn’t until then that I realized just how lost it was in the first place.

But instead of getting into it, we’re moving on!

Step 1 – Sum up my overnight trip with some highlights and tips for running on Marco Island. (The second step is marathon training. The third step is making jokes.) 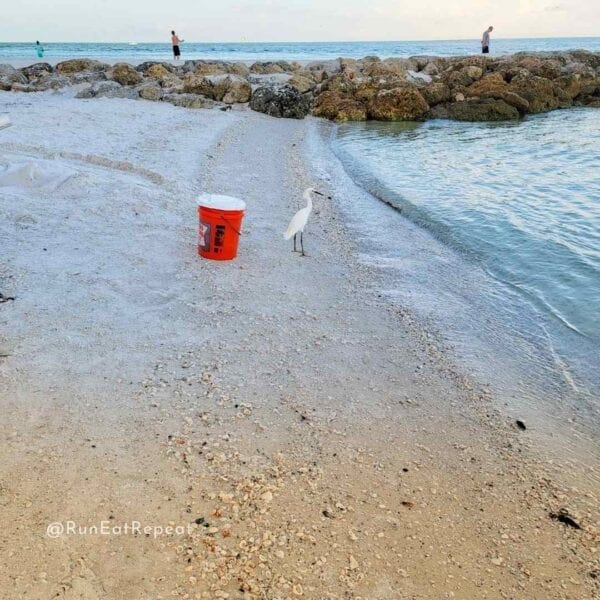 Since I’ve been to Marco Island, Florida a few times I’ve been reminded of my favorite jogging routes. It was really good to check them out again. Most things are just as I remember them. It’s been a little quieter than before, but maybe that’s because of the pandemic.

Running on Marco Island is great because it is flat and safe and there are plenty of sidewalks and great views. If you are visiting and staying on the island’s main street (there is an island bridge that turns into the street with the biggest hotels and resorts) you can run along the pier in either direction for a few miles. 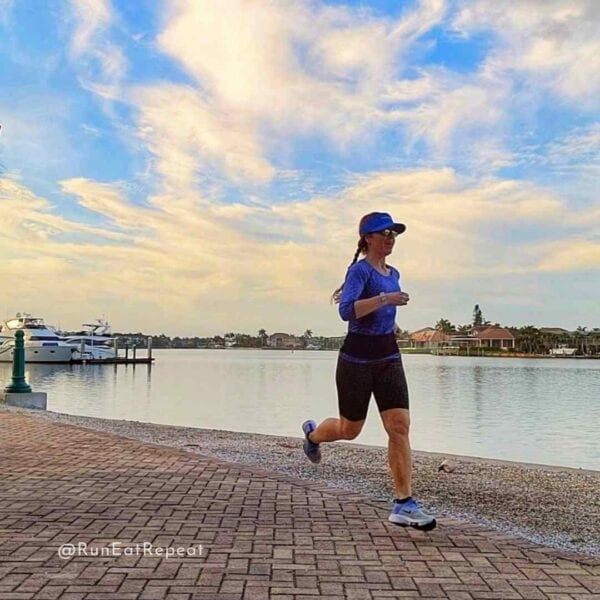 You can run up and down the biggest street on the island where there are plenty of resorts and hotels, and you can get out and back to run as hard as you want. This makes it very easy if you are a nervous runner and get lost easily. Or you can run on the sand (I skip this one because I hate sand in my shoes) or run a loop on the island.

Here’s the episode you can play around the island on the map. It’s about 7.5 miles (you can make it shorter by making a smaller loop). There are sidewalks all the time and they run a few bridges with beautiful views (especially in the early morning when it’s calm and peaceful).

I made this night map and didn’t have time to draw curved lines, but you get the idea. Note that you can make the run shorter by running the San Marco Road.

I stopped to take some pictures because it was so beautiful. I love to run by the water. any water. Even a water bottle. 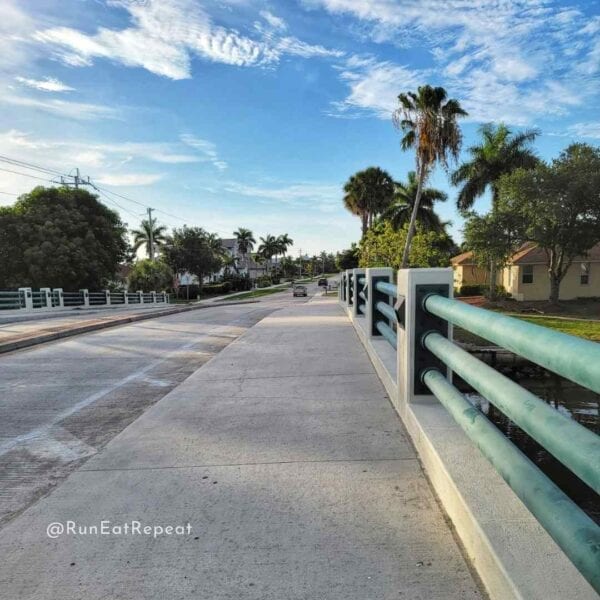 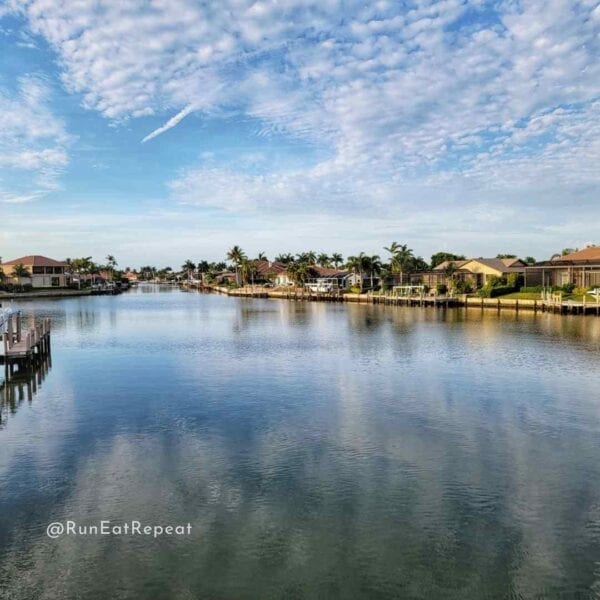 OK. Now let’s talk about the other highlights…

1. I Found A Fistful Of Sand Dollars On The Beach And I Was So Excited And Surprised. I’m a girl born and raised in SoCal but haven’t found one here. (Note – it is illegal to collect dollars from live sand. Rules vary depending on where the owners’ money is collected.) 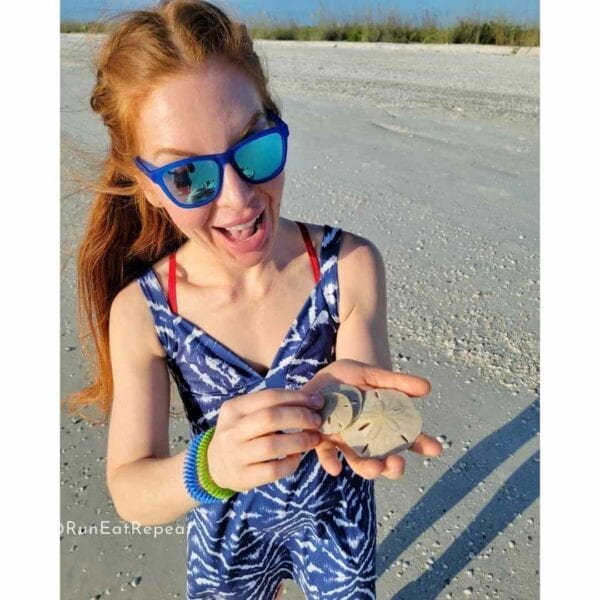 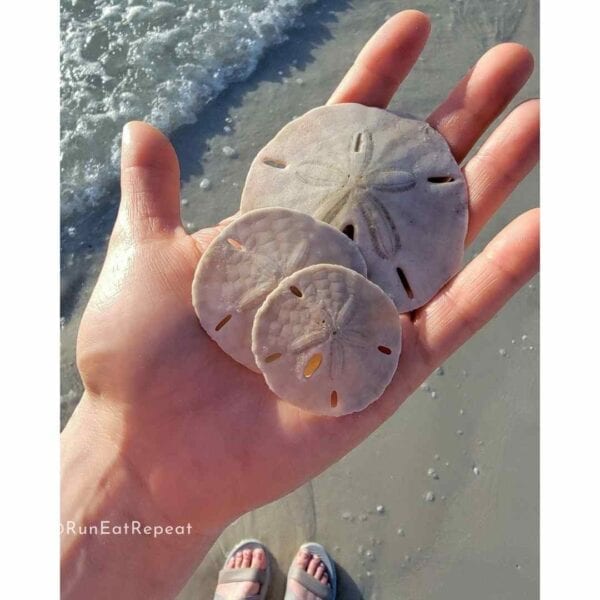 2. The sunset in the Gulf of Mexico is everything. 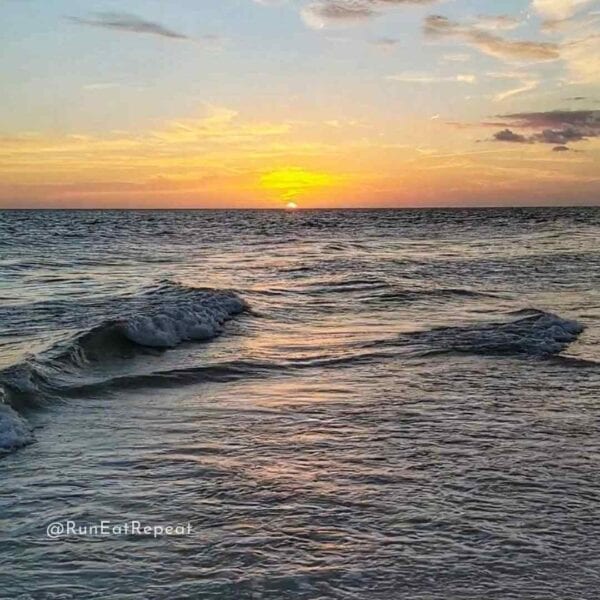 3. Shopping without a mask was wild. I’ve worn one every time I left the house since last March. Where I live in California, everyone has been very compliant with the mask guidelines (I know your experience may be different).

Walking into a store without a mask made me excited to get back to the new normal that awaited me. [Ben & I are vaccinated. He got J&J. I got a 2 shot one.]

Oh, and I realize I don’t match at all in this picture because I did the worst packing job for this trip. It was a last minute and I thought I’d just do the shopping while I was there. But it does mean I have to shop for random mismatched clothes. I’m glad the ladies in fancy stores didn’t fire me (or kick Ben when he saw the price of the shirt and said $180 too loudly). Ha!

We left pretty quickly after that because I just wanted a nice matching outfit, not to spend all my dirty green paper on one surface, I’m going to stain it in 2 minutes. 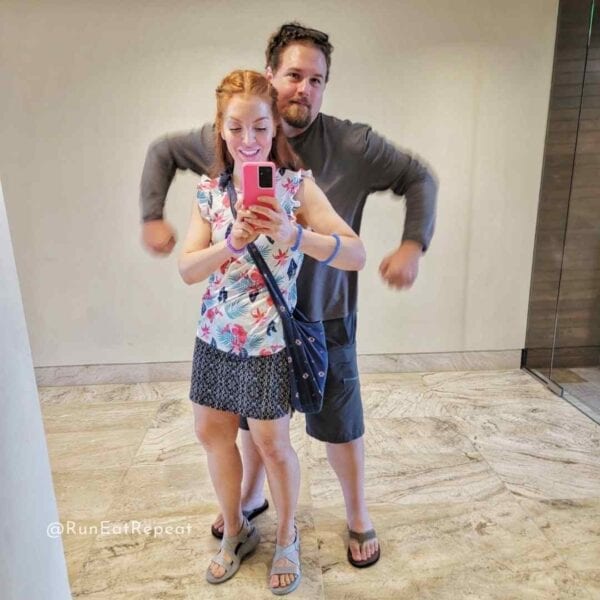 4 I took some photos of the signs that remind us of masks and social distancing for memories. If you told me this would happen, I wouldn’t believe you.

Oh, and no one cared about the signs because you didn’t have to wear masks in Florida (I guess it was illegal to wear a mask). 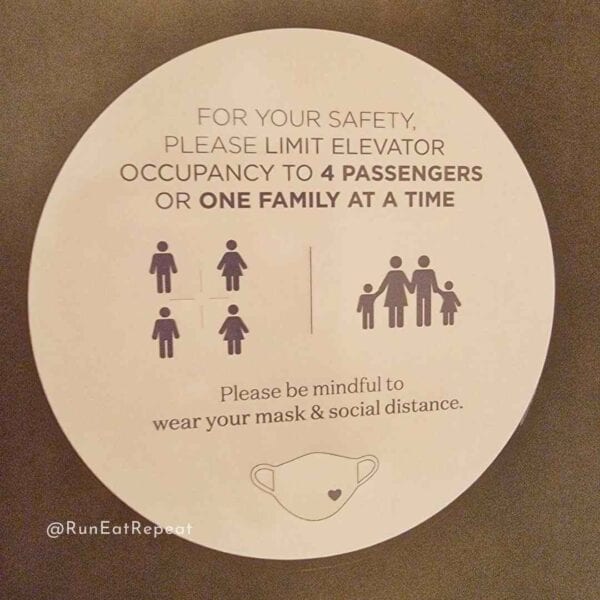 5. Watermelons are in season!! I made a super fast version of How to Cut Watermelon Video for Instagram Reels. Check it out on InstagramRunEatRepeat And try it. It’s my favorite thing. 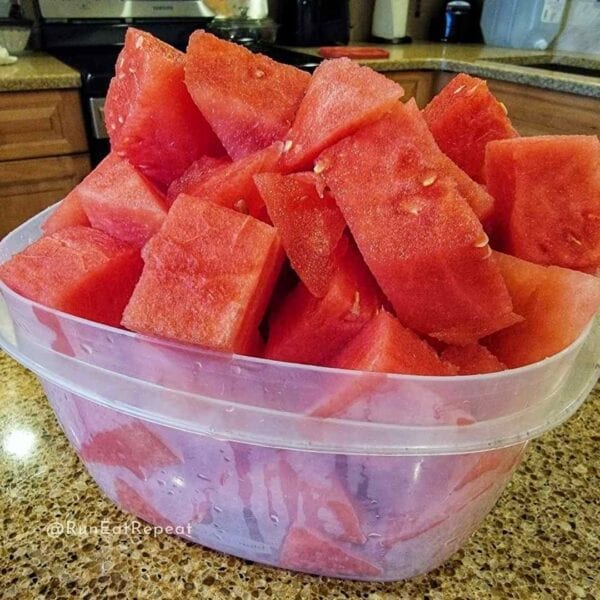 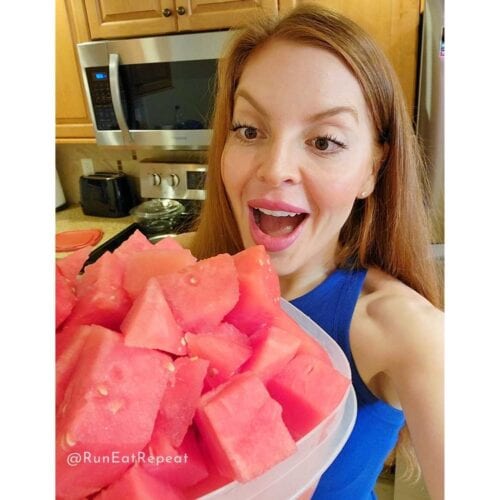 6. We were on Marco Island, Florida – which is on the western side of the state, so this is the Gulf of Mexico. It is a nice. The sand is soft and the water is warm and not crowded. (I’ve been here before when Ben & I were together) 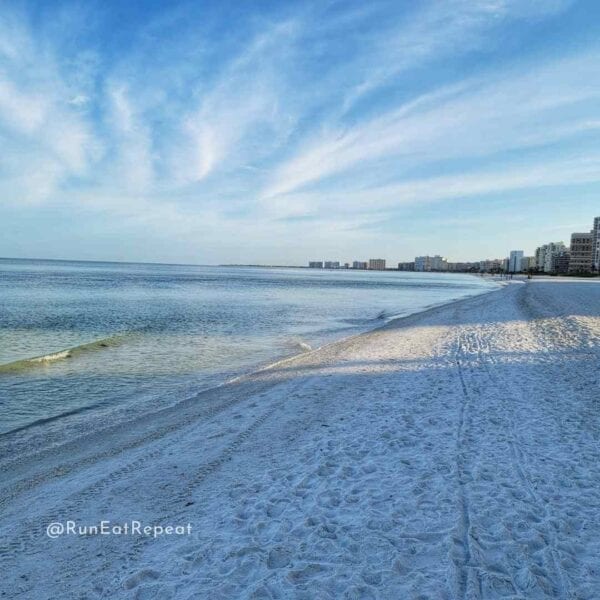 7. Now I’m back in Orange County. It’s been a long time since I’ve traveled so today felt like a very long day. Can’t planes go faster?! Or when will teleportation be available to the public? Whoever is responsible for beta testing the Teleportation Uber (Tuber??) app – please send me an invite. Thank.

Took this pic thinking next time I fly this sign won’t be here. 💙 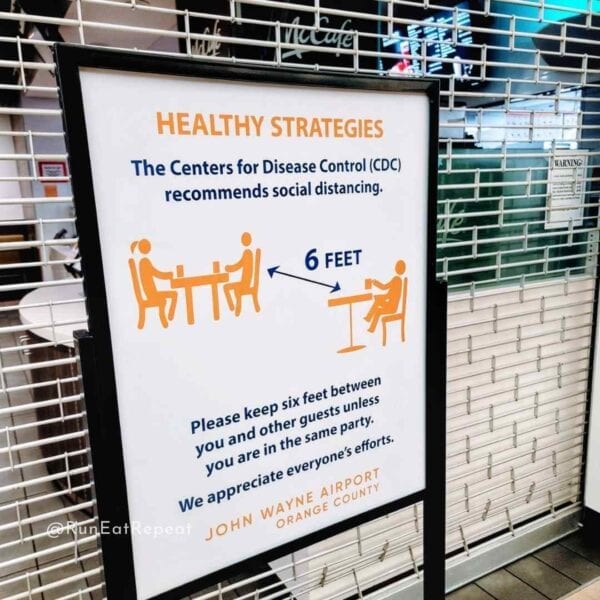 Now I’m home for less than 48 hours before heading to Big Bear, CA for a trip with my family. I’m really homesick (although on the trip with my family I just want to come home – that’s a lot for someone who hasn’t been more than 8 miles from their home in over a year!). Wish me luck (not to run into a big bear while I’m there!).

After that, I start marathon training. let’s go!