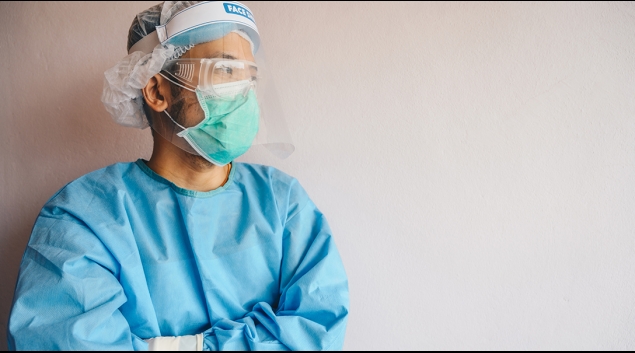 This is a race between nations to find out who is the first to emerge from the horrors of COVID-19 the second or the third wave.

The advantages of being able to be free from closure are enormous. Not only for “captive populations”, but also economically as countries began to deal with the immense damage this epidemic has inflicted on their economies.

Who are the cyclists and runners in Europe, the Middle East and Africa?

It is clear that Israel is in the lead. Approximately 30 doses were vaccinated per 100 people in the population as I write this and this is an extraordinary achievement. Although not quite typical of its peers with a small population (9.2 million) in a small geographical area, Israel has in many respects become the laboratory of the world. They also have an excellent digital infrastructure and have the ability to mobilize their population quickly. They have actually vaccinated more than seven-eighths of their over 60s. The impact of this on the number of children aged 60 and over in intensive care should be evident over the next few weeks, when according to the Weizmann Institute this translates into halving their number in critical care and if we stabilize further, most of the COVID-related deaths will disappear in Israel by Passover in early April.

The United Arab Emirates ranks second with nearly 20 doses given per hundred people, and once again a country with an impressive digital infrastructure, a high level of digital maturity and literacy, with Bahrain not far from the third place with a number just over. About 8 doses per hundred people in the population, and that number is likely much higher now.

Why is Europe lagging behind?

There are many reasons for this, some of them related to politics, not science. Debate rages on the speed of rehabilitation – particularly over the European Medicines Agency and the EU’s inherent structures. There is also an issue with vaccine availability, as Europe takes longer to secure orders from manufacturers than other countries.

Having said that, we’re seeing some amazing efforts, especially in countries like Denmark, Italy, Spain and Ireland. Germany, unusually, is in the lower quadrant – while Sweden and France still have a long way to go.

The UK is out here. There were concerted efforts to secure vaccines from suppliers very early as well as approaches to licensing these new vaccines early, which sparked some criticism at first. Currently, the numbers vaccinated are close to 7 per hundred people and are likely to increase rapidly as a national attempt is made to vaccinate all people in the most vulnerable groups including citizens over the age of 70 by mid-February. If this paramount effort succeeds, the result could be that deaths related to COVID-19 will be reduced by 80% by mid to late March.

What can we learn?

Countries that had the capacity to organize and publish early are clearly in a potentially positive position. But this observation is tinged with sadness because what did not happen and what we all hoped for was for nations to act in concert. There are some commendable initiatives like the Global Alliance for Vaccines and Immunization (GAVI) through the World Health Organization that are translating the global pandemic into a global response. Although the fact that the first to emerge from the darkness of the epidemic to the light could reap an economic and political advantage is the probable reason why these initiatives are not adopted by all countries.

I still hope we will defeat this virus soon. Yes, it will change, and yes, we will need to be re-vaccinated perhaps on an annual basis in the future and COVID-19 will remain a nasty disease that will remain a force to be reckoned with, but not a disease that can shut down entire continents and destroy entire populations.

Dr. Charles Alessi is the Chief Clinical Officer at HIMSS.